Our CEO of Pakawaste, David Hamer, has had a thriving month during April for his international perception, after being presented a trio of awards. David has managed to yield Corporate USA Today – UK CEO of the year; CV Magazine – Most Influential CEO of the year and CEO Today – European CEO Award 2018.

David first started as a Sales & Marketing Director back in 2006, then rose himself to the top of the UK’s number one Waste Handling System provider, Pakawaste, becoming the CEO of the multi-million-pound company. His successfulness has derived from his fundamental strategy ideas, allowing the company to become a leading waste management handling solutions provider, especially in Europe, the Middle East and the Far East.

Commenting on his award successes, David said: “I’m delighted to have won these three prestigious awards, I’m also humbled that my peers both in the UK and internationally hold me in such a high regard. However, the award is not just for me, but everyone involved with Pakawaste since our success is a team effort. 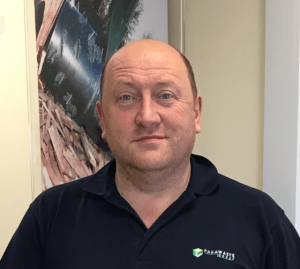 “I fundamentally believe that it is crucial that a CEO must lead by example and inspire their colleagues. That’s why, without the passion and ability of everybody at Pakawaste, the firm wouldn’t be the success it is today.”

To read more about David’s success, you can read this article on Lancashire Business!

We use cookies on our website to give you the most relevant experience by remembering your preferences and repeat visits. By clicking “Accept All”, you consent to the use of ALL the cookies. However, you may visit "Cookie Settings" to provide a controlled consent.
Cookie SettingsAccept All
Manage consent

This website uses cookies to improve your experience while you navigate through the website. Out of these, the cookies that are categorized as necessary are stored on your browser as they are essential for the working of basic functionalities of the website. We also use third-party cookies that help us analyze and understand how you use this website. These cookies will be stored in your browser only with your consent. You also have the option to opt-out of these cookies. But opting out of some of these cookies may affect your browsing experience.
Necessary Always Enabled
Necessary cookies are absolutely essential for the website to function properly. These cookies ensure basic functionalities and security features of the website, anonymously.
Functional
Functional cookies help to perform certain functionalities like sharing the content of the website on social media platforms, collect feedbacks, and other third-party features.
Performance
Performance cookies are used to understand and analyze the key performance indexes of the website which helps in delivering a better user experience for the visitors.
Analytics
Analytical cookies are used to understand how visitors interact with the website. These cookies help provide information on metrics the number of visitors, bounce rate, traffic source, etc.
Advertisement
Advertisement cookies are used to provide visitors with relevant ads and marketing campaigns. These cookies track visitors across websites and collect information to provide customized ads.
Others
Other uncategorized cookies are those that are being analyzed and have not been classified into a category as yet.
SAVE & ACCEPT
MENU